The Story Behind Thiessen's Contract in Finland 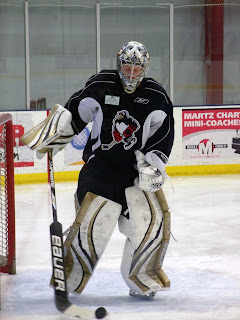 Ian Pulver, professional agent of former AHL Penguins goaltender Brad Thiessen, has represented Thiessen since day one of his pro career. Pulver's plan going into the summer was obviously to look into what Thiessen's job opportunities were.

Yesterday, Thiessen signed a one-year contract with HIFK of the SM-Liga - the highest level of professional hockey in Finland.

"The Finnish elite league and IFK specifically presented an excellent opportunity for Brad to continue his career at a high level," Pulver said when I spoke with him earlier this afternoon.

The decision to sign overseas has been a common theme this offseason for Penguins free agents, but Pulver noted that the decision for Thiessen to play in Finland wasn't because of a lack of interest from NHL teams in North America.

"There was interest in Brad in North America and there was a strong interest coming out of Europe and we settled on the situation in Finland," Pulver added.

The signing of Thiessen leaves only one free agent from the WBS Penguins without a new home, of those on NHL deals last season.

The last NHL UFA from Wilkes-Barre? Warren Peters. Still nothing on that front but as soon as Peters does sign I'll be sure to talk to him, gather his thoughts and have all the latest for you right here.

Coming up later tonight is my Day One recap from today's Penguins Development Camp in Pittsburgh. I'll be in the Steel City all week with all the latest on the prospects in organization.
TonyAndrock at 7:23:00 PM
Share